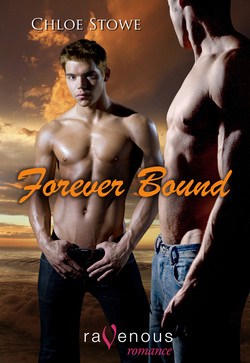 When a soldier and a surgeon explore their darkest fantasies, they find that submission can be a gift of the heart...

Aaron Chambers is an Air Force pilot and a consummate soldier. He is strong and always in control.

John Castle is a surgeon; his intelligence is daunting, as is his success. But when a twist of fate causes John to lose a patient, he finds himself mired in a downward spiral of doubt and loss of control.

Aaron's rescue plan is simple... to give his soldier's will and body for one night to John.

But hatred-filled eyes watch master and willing slave play, and riddle more than their playground with bullets.

Floodlights lit the night sky. Mosquitoes buzzing here and there accompanied the
thud…thud…swish! of the basketball game. The two men were playing one on one. Sweat
poured down both of their faces, and grunts and curses rattled off the side of the house.
The net was torn and hung lopsided from the dark red rim. It blew in the gulf breeze as
the two men scrambled for the loose ball.

“Foul!” Aaron Chambers yelled as he crashed into the ground. He was becoming
well acquainted with the patio and its attractive but painful cement. He figured a few of
its newer cracks had to be credited to him and his ass tonight. Levering himself up on
what was now his good elbow, Aaron swore that the next time John invited him over for
a beer and steaks, he was ditching the sweats and T-shirt and kitting out in full combat
gear. Maybe even bring his gun.

“You getting up?” A sneer from the perpetrator above interrupted his thoughts of
sweet revenge.

Clutching his freshly skinned elbow in his hand, Aaron glared accusingly up at
the man who was supposed to be his best friend, not to mention his occasional lover. The
occasional part was going to become a hell of a lot more pronounced if John didn’t stand
down from kill-mode.

Aaron had known John Castle for nine years. He’d been fucking him for five. He
had been more or less in love with the bastard for three. Guess it was about time for one
of them to kill the other.

It was even odds as to who would win.

Usually, it was a fairly even match between the men. Both were in their early
thirties, John a year older, and both were tremendously fit. John cycled. Aaron ran. Both
swam miles in John’s pool every week, but that was where the similarities drifted out of
sight and vanished altogether.

John was dark-haired, fair-skinned, and had green eyes the color of rain-washed
moss. He used his extra inch or so of height to intimidate those he couldn’t simply
outthink. In the end, few men noticed how tall he was.

Gulping several lungfuls of hot summer air, John looked down at his scowling
opponent and the wounded arm held piteously out for inspection. He quickly diagnosed
the problem. “Crybaby.”

“I’m bleeding here.” Aaron pointed to a scratch that was going to get more
gruesome when he shoved said elbow through John’s smirk any second now.

Scoffing at Aaron’s antics, John tossed the hard-won basketball between his
hands. “Suck it up. Unless I see bone, I don’t want to hear it.”

“Fine.” Aaron pulled himself painfully up. “The paramedics can fill you in.”

“Sure,” John shrugged, then with a wink added, “Right after…”

Swoosh! went the ball effortlessly through the hoop.

Aaron could only shake his head. Whatever was going on in his friend’s head
tonight was damned irritating. “You’re a bastard, you know that?”

“Learned from the master.” John tossed the retrieved ball back to the losing side
with a snide smile.

“Sweet-talking me, Doctor?” Aaron forced a chuckle, as he tucked the basketball
up safely under his arm and out of the reach of any roaming big-brained maniacs. “You
lose a busload of orphans on the table today?”

“Ass,” John muttered as he turned to the patio table and the warm bottle of beer it
still held for him.

It was rare for John to drink, rarer still for him to drink beer. He was more a topshelf
kind of a guy these days; his propensity for beer guzzling vanished after a particular
memorable weekend many years ago. Putting all the warning signs together, Aaron was
getting a sick feeling in his gut. Knowing that things had a habit of getting uglier before
they got better, he pasted on a smile and joined the good surgeon at the table for a swig of
his own beer. “That’s Colonel Ass to you,” Aaron impatiently reminded. “Or do I have to
get my wings out again?”

Aaron expected as much. John could never quite believe that the Air Force had
not only kept Aaron around all these years but kept on promoting him, too. Frankly,
Aaron didn’t get it either, but it was a fucked-up world. The pilot figured he might as
well ride the madness until the end.

“So?” Aaron prompted as he bumped his friend’s shoulder. “You going to tell me,
or just let it eat at you?” John was a hell of a good orthopedic surgeon; his reputation was
golden and well earned. Not much rattled him.

John blew out a shaky breath and reluctantly gave it up. “Cerebral aneurysm
ruptured as I was closing up.”

It was usually something like that. Something his friend, or any doctor for that
matter, would have no control over. John, though, liked to wring all the guilt he could
out of this kind of situation. “Sorry,” Aaron voiced aloud, all the while letting his insides
curse up a hell of a storm at the world and its cackling fates. He’d love to give those three
bitches a chuckle or two himself.

John busied himself scraping the label off the beer bottle with his thumbnail. It
was a focusing tactic Aaron knew well. Experience had taught him to just stand back and
let John’s oversized brain turn things over and over, and eventually the inevitable gem of
wisdom would tumble out.

This time it was a very tiny rock.

“Life,” John lamented with soulless green eyes. With that monologue complete,
he swallowed down the last of his beer with a noticeable grimace and disappeared back
into silence.

Aaron would have been dumbstruck if he wasn’t so freaking aggravated. Deep
thoughts were supposed to be falling out of his lover’s mouth, not cryptic silence. Hell, if
John was going to play the strong and silent type, Aaron might as well dive right in and
see what the loud and annoying type could shake loose. “As in…‘Life’s a bitch?’ ‘Life’s
a box of sour cherries?’” he suggested, trying desperately to drag his friend at least out of
monosyllables. “Or better yet, how about an oldie but a goodie… ‘Life sucks’?”

Green eyes met brown and warned of nothing less than desperation. “Yeah,” John
agreed in a low, graveled voice. “Life sucks, but you know what? Death sucks more.”
Like an old, broken man, John turned and slowly headed back to their makeshift
playground of ball and cement.

Insight hit Aaron like a ball-peen hammer to the knee.

“It’s the wrong playground.” Aaron cursed himself. He had been an idiot not to
see it before.

Leaning tiredly against the side of his house, John asked with a frown, “What’d
you say?”

The idea was a calculated risk, but Aaron loved the fool and trusted him more
than he did any other soul on this Earth. John needed reminding of that tonight. This
would say it all. With a little twinge of excitement in his gut, Aaron headed straight over
to John. Shoving the basketball hard into the man’s chest, Aaron demanded, “Put me
down, John.”

“No.” The answer was quick and not unexpected. John was anything but easy.

“Come on! Do it.” Aaron wasn’t beyond being an ass to get his way. “You need
the control. Take it.”

“What? Here?” At the nod, John added emphatically, “No fucking way.” He
started to walk away.

“Chicken! Should I cluck for you?” Aaron shouted at his back.

“Well, you are the one with wings, Colonel,” John turned and fired back.

“Shut up!” Aaron seethed, stepping right into the man’s sneering face. Shoving
his finger hard into John’s chest with each word, he dared, “Make. Me. Shut. Up.”

John shoved Aaron away, and he hit hard against the side of the house. Forcing
himself to take a step back, John shook with a barely contained fury as he warned, “Do
you have any idea what I could do to you tonight?”

Slowly, deliberately taunting him, Aaron curled his lips into a cocky smile.
“Come on, Doc, you know I’d beat you down.”

“Shut up!” John growled and rammed Aaron back into the wall again. His
forearm held hard and unmoving across Aaron’s chest.

Aaron laughed, knowing it would only take one more push. A cruel one. “All talk,
no action. No wonder you couldn’t save…”

With a roar of utter ferocity, John grabbed the back of Aaron’s neck, stared the
laughing boy dead in the eye and said, “Fucking fall for me, pet!”