"The Salt Dusk"... a short story by Raith Sargent 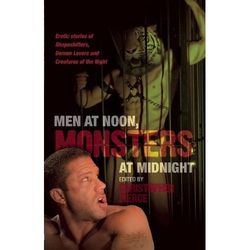 Based on the mythology of Chiloe, a small island off the coast of Chile, this story is best read "in the blind."

Horror, after all, is best experienced in the dark.

The dark grey eyes of dusk opened, and daylight scampered away. Into the trees it ran, the sunlit beams shattering into thousands of odd-shaped splinters. In fiery rebuke of their imminent death, the fractured rays railed in raging color. Orange then a brilliant blood red, the remnants of the day burned betwixt the shadows. But their murder was assured. Their demise foretold by a million yesterdays that were felled by the same dark hand. Ever so soon their lights dimmed to frail purples; their last breaths gasped in failing pinks. Night entered on mocking tiptoe.

From the grave of trees, a man stepped out into the departing twilight. He wore all shades of white. Cream linen pants draped over pale leather loafers. An ecru cotton, long-sleeved shirt hung open, revealing a stark white muscle shirt clinging to a strong, broad chest. His skin was the color of dark honey, his hair the shade of dark chocolate. Ochre eyes ruled handsomely over a strong jaw, a line of dark pink lips and a nose memorable in its utter mundanity. There was no ill sign of years to his face, his age a tightly spun quandary in the South American moonlight.

The man walked slowly down an old stone path, and although his gait was steady, he held tightly in his left hand a walking stick. The scarred staff was crudely carved from the wood of a monkey puzzle tree. Tiny stumps of amputated branches marred the length of the wood in a macabre collection of birthmarks and death throes. The walking stick further told its sad tale in the odd ‘clop-clop-tick’ dirge the footfalls played.

The dark forest at the man’s retreating back laid silent and waiting.